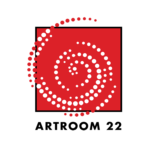 People raised in traditional families commonly adopt their father’s last name by default. But for some, a paternal surname can be an unwanted weight. Like the visual artist and photographer Sharaf Alhothi, his last name is the major obstacle to him.

This article brings us to realise how someone who was born with a “special” surname defeated his chrysalis and went all the way out. It is a beautiful story about how a person has taken obstacles as an opportunity to express who he is. And how he expresses his true self through the story of “Nameless”. The Story of Nameless

Knowing yourself and becoming confident in who you are is not as easy as it may sound. Rather, it is a lifelong project figuring out who you are, what you value, and what is important to you. It is especially hard to know yourself. Particularly when you are living in a culture that tells you who and how you should be. Being that, it makes it challenging for us to separate what we want from what other people want. It is hard to know ourselves and find our own voice in the midst of so many other dominant ideas and opinions.

“Are we the ones to choose? Or are we forced to accept what we did not choose?”

In an interview with the gifted visual artist and photographer, Sharaf asked a question that, “are we the ones to choose? Or are we forced to accept what we did not choose?” The events of what “Nameless” are going to tell us lie in our lives without asking for permission. It has a birth addressing each person in all parts of the world. Unfortunately, identity and skin color are controlling our destiny without our will.

Who are you if you are unable to be authentic?

However, as a visual artist and photographer, Sharaf did not just give up. He views himself simply as a human being who seeks to advance into a new level of art. In particular, to raise the artistic level in the world as well as to eliminate the stereotypes of his last name. This is why Sharaf decided to begin a journey to show the world that the similarity of names does not mean anything to his artistic career.

He contents, our identity is the way we define ourselves. This includes our values, our beliefs, and our personality. It also encompasses the roles we play in our society and family, our past memories, and our hopes for the future, as well as our hobbies and interests. To have a solid identity we need to be able to see that we are the same person in our past as we are now, and as we will be in the future. We need to feel the same no matter what our environment.

Being that, Sharaf Alhothi is on the mission to elevate the artistic level in the world. Owing to the fact that illiteracy is prevalent from where he came from, Sharaf chose the picture to convey his message.

The freedom to express his artistic nature

Compared to more popular photography niches like product, outdoor, and wedding photography, Sharaf chooses an unpopular path that goes against many photography rules. Indeed, his photographs give him the freedom to take a photo of anything that grabs his attention. It allows him to express his artistic nature in the most authentic way.

Most of the time, Sharaf’s photography is not immediately associated with a familiar object in the viewer’s eye. Because they are created by isolating a particular object or natural scene in a way that removes contextual details from the image. In the same regard, it is Sharaf’s wish that viewers could view his artworks independently, by isolating his background.

Going beyond the usual object

To put it another way, Sharaf’s photography is a method of expressing his ideas and emotions with photographed image elements without the intention of creating a traditional or realistic image. By avoiding and going beyond the usual representations of an object, scene, or any particular element, it reveals details that are normally ignored and triggers the viewer’s imagination. Odd yet visually interesting photos of things that do not seem to tell a specific story but still mystify and engage viewers on a deeper level. While abstract photography, like Sharaf’s works, does not bind one to follow strict photography rules like other niches do, there are a couple of elements that give an abstract photo more depth and increase its appeal. For example, its simplicity, composition, angle of view, lighting, harmony and mystery.

“If you love this article, check out another series of photography by the visual artist and photographer — Nothingness”

As Sharaf always says, abstract images trigger emotional responses and imaginations by including an element of mystery and intrigue. This is how abstract art gives viewers a sense of wonder, which in turn engages and encourages them to appreciate even the most complex but inviting pieces of art.

Abstract photography may sound complicated, but believe it or not, literally anything can be a subject in your abstract photos. Choose a random object or set of things, such as a cloth or a pen that you always use. Try to figure out how you can photograph it in a different yet appealing way.

“Interestingly, Sharaf’s photographs are not meant to shoot the tangible items that remind us of what we saw. Instead, his works prompt us to see what is beyond the so-called reality…”

After more than 10 years, Sharaf comes to realise that abstract photography involves a lot of looking at things in a different way. Once you get used to seeing mundane and everyday things beyond their usual framework, you will be able to think and see things abstractly wherever you are.

Developing your sense of self

After all, names are a “crucial factor in developing your sense of self” and can influence one’s social standing. Nevertheless, Sharaf was one of those who took matters into his own hands by advocating the importance of art.

“It is very frustrating,” he admits, but adds, “I’ve just kind of accepted it. I’m used to it now.” Because to him, keeping the last name is important to keep his family history and his personal history intact. He continues, “It’s just being who I’ve always been”. In response to the question of why not change or even create an artist name for himself, he said short of concocting a completely new surname, it is very difficult to land on a name that has no cultural or personal baggage whatsoever.

Indeed, it is unfair to consider just our homeland, skin color and names as our identity. The series “Nameless” has a message to convey to every human being who faces rejection, denying and abandoning. Unfortunately, identity has become their permanent prison. Sharaf Alhothi is sharing his vision in those ordeal events, which were made by humans.

In fact, Sharaf tried through a lot of pictures to convey important and sensitive messages. This opened up great horizons for him as a visual artist and photographer. Among them is his participation in the 20th Kuala Lumpur International Film Festival.

To date, Sharaf’s photographs have attracted many eyeballs. He has his own collectors now across the world, such as Finland, France and Yemen. Own an authentic vision from a sensational photographer like himself. Let’s see the world through his eyes now.

Didn’t know name could be be such an hurdle to some. Definitely inspiring to read the story behind from Sharaf Alhothi. Love his series of Nameless and checked out his Nothingness too! Thanks for this 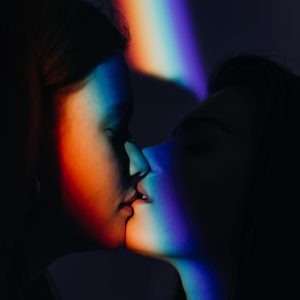 Having a thoughtfully designed foyer can make your guest curious about you. Starting with your foyer, it is the first step to make your home feel warm.